Who is Michael Griffiths, Liverpool’s Very Own Love Hero? 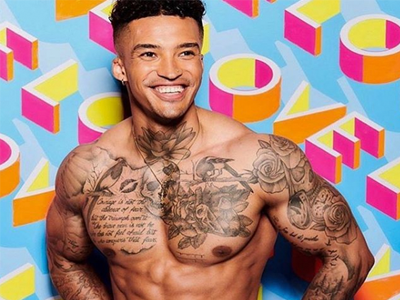 Who is Michael Griffiths and what’s his job?

Michael Griffiths, 27, is one of the first seven contestants starring in the fifth series of the show. Being a local hero for his career, as a fireman, he has already created a spark for us viewers. As fellow villa mate, Amy, would say the “bad boy” is searching for someone with “a bit of banter” who doesn’t take themselves too seriously and loves a good adventure, any takers?

When it comes to rating himself, Michael said “looks and personality-wise I’d say I’m a ten. I would say a humble nine, but being a hero bumps me up to that ten” and with a “straight talking attitude” we are sure he’s going to cause a blaze with the girls in the villa.

Who is Love Island Michael coupled up with?

After being sent to the sub bench as Lucie Donlan left to be coupled with Joe Garratt, Michael was paired up with another of the villa’s beauties, Yewande, a 23-year-old scientist from Dublin, Ireland. Although the couple did not choose to be paired up with one another, they seemed to be enjoying their chat by the pool, whether it’s the history of science or not, we think there is certainly some chemistry in the air.

Who are the current couples in Love Island?

If you’re a little behind, here are the current couples in the villa;